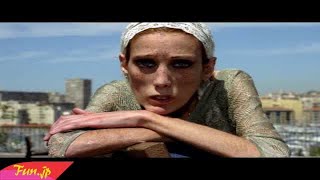 拒食症に苦しむ5人の有名人
5 celebs, who suffer from anorexia.
The whole world gasped after finding out that the legendary Angelina Jolie has lost so much weight that she literally has to fight for her life. Today we’ll tell you about five celebrities who suffered from anorexia.

1.Victoria Beckham
Remember the time when Spice Girls were at the peak of their fame? Back then, Vickie wasn’t particularly skinny – she was a sexy chick with tasty curves. After all, her nickname was Posh Spice. But starting from 2000, it all changed. Fearing to gain weight with age, Beckham went on a severe diet. And, as it often happens, couldn’t stop. She started losing weight too quickly. However, a sudden diagnosis ‘polycystic ovarian disease’ changed her attitude. Before she could have a child, the doctors literally made the celebrity gain a bit weight. Still, it only reached 45kg.

2.Nicole Richie
When she was young, Nicole had lush curves and a great body. But it all changed when she was adopted by famous musician Lionel Richie. After making it to reality show ‘Simple Life,’ the girl found herself in the spotlight and that didn’t do her any good. Wishing to look flawless in public, Richi started losing weight. In an interview, she blamed it on personal problems. As a result of anxiety, harsh diet and excessive training, the girl’s weight dropped from 74 to 43kg. In 2007, it slipped to a critical mark of 38kg. Nicole was eventually hospitalized. After medical treatment, the girl admitted that she lost common sense chasing perfect shapes and brought her health to the verge of exhaustion. She would have never been able to deal with the problem if not for her little daughter. Nicole repeated said the baby literally saved her life and made her change the harsh diet.

3.Isabel Caro
23-year-old Isabel Caro woke up popular when she became the face of ad campaign ‘No to Anorexia’ that tried to attract people’s attention to the problem of girls suffering from this disease. Photos of Isabel literally shocked the audience: at the height of 165cm, she weighed only 25kg. At the moment, the girl had been suffering from anorexia for 15 years. Although Caro was paid a huge amount of money for her participation, she emphasized that her goal was not getting rich, but saving the lives of other girls who have the same illness. After the photo session, Isabel tried switching to healthy eating and dreamed of having a family. But it was too late. In 28, Isabel Caro died in a hospital where she was brought with a diagnosis ‘acute respiratory disease.’ The exact reason of death still remains unknown. At the moment, the girl’s weight was only 30kg.

4.Amy Winehouse
Amy Winehouse gained popularity thanks to her unusual voice and a harmonious mix of styles, including jazz, R&B and soul. Her album “Back to Black” ranked as the most successful release of the 21st century while the singer herself hit Guinness Book of World Records having swept up five Grammy awards at a time. However, despite her successful career, Amy had troubles in personal life. As a result, she finally lost it and got sucked into the vortex of alcohol, drugs and psychological problems. Such way of life eventually affected her health – the star started rapidly losing weight. ‘A bit of anorexia, a bit of bulimia… I might be a little out of order, but tell me who isn’t?’ Amy was joking. But the damage to her health was already irreversible. At the age of 27, Amy died of alcohol intoxication. She weighed only 43kg at the height of 160cm.

5.Angelina Jolie
Even though the actress wasn’t really chubby even in young years, her weight took a drastic drop after her mother’s death in 2007. The loss of a dear person was a serious blow for Jolie. As a result, she simply stopped eating. According to experts, Angelina suffers from nervous anorexia when a depressed patient completely loses appetite. However, the star kept rejecting the problem and interrupting every attempt to discuss her troubling state, blaming her abnormal skinniness on a ‘tough emotional period.’ She never took any measures to get back into shape. In just a couple of years, the actress has lost all her sexuality and completely ruined her health. She currently weighs only 35kg at the height of 169cm. In early April, Jolie was hospitalized and is now in critical state.

WATCH MORE VIDEOS LIKE THIS ONE HERE:
1. 10 Women You Won’t Believe Exist –
2. 10 Most Embarrassing Fails Caught On Live TV –
3. 5 Horrifying Creatures Found Living Inside a Human Body –
4. 10 Hottest Female MMA Fighters –
5. 10 Of The Most Dangerous Beaches In The World –